I figure this is a great place for a little match recap! Some of you may follow my Facebook posts (www.facebook.com/lhgina) or Instagram page (@lh_gina), so you may have seen some video or pictures already of the Sin City Precision Vegas Precision Rifle Challenge presented by Kelbly’s. The match is also part of the Precision Rifle Series. The Sin City guys and gals put on a great event every year, and due to the dates falling the weekend before the SHOT show for the last two years, it’s even more of a “must attend” event! 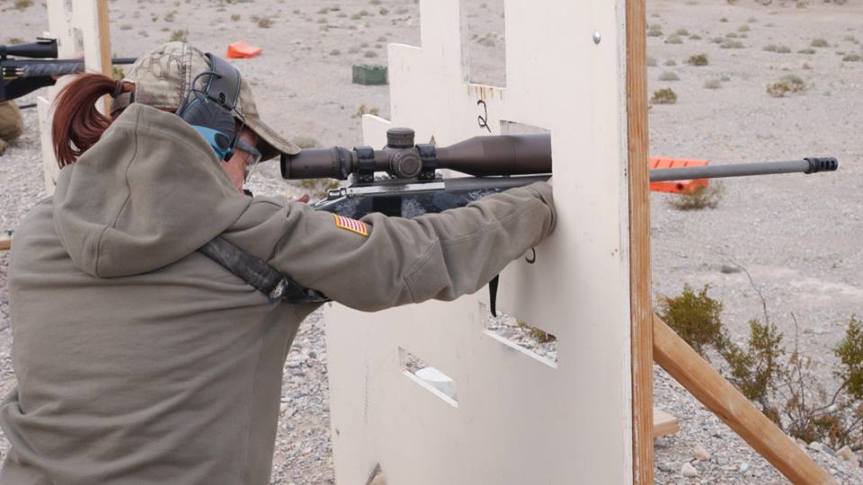 Over the course of two days, 97 shooters participated in 23 events with distances from 100 yards all the way out to 1762 yards. Several of the stages were unlimited round count stages as well, so there was quite a bit of potential to really rack up some points if you were fast enough, had a solid wind call, and noticed when the wind changed. There we some great runs on those unlimited round count stages too! Oscar Milanes scored 19 hits on an 80 second stage that really required a holdover if you were going to run fast on it. This stage was all shot from prone, but it required the shooter to quickly transition from an IPSC target at 808 yards to a steel bear target at 982 yards. (I had the high score until Oscar demolished my 18 hit run.)

Two of the other unlimited round count stages required quite a bit of physicality. The first one my squad shot involved pulling a tire from one cone to another, then going prone and engaging a rack of tiny IPSC targets at 300 yards strong side. Then you had to get up and pull the tire back to the starting point. After getting the tire back to the starting point, you had to shoot the same tiny IPSC target rack from support side. You just kept repeating until the time ran out or you ran out of ammo! I thought almost everyone on our squad did a great job but Joe Walls had more impacts than anyone with 17 hits! That man can hustle! Joe also took home a stage prize (a Kelbly’s rifle!)  on the other physically demanding unlimited round count stage which involved a mallet, a tire, and a carnival machine. No, I’m not kidding!

Sin City has some fantastic shooters and this in turn means they have some great Range Officers. All of them took the time to explain stages in detail, answer questions (even if the question was asked a few times already), never let a competitor get lost looking for a target, and kept the atmosphere light. When the RO’s are having fun, the competitors do as well!

There was great variety in the types of targets used, the stage design, time limits, and skills tested. From 100 yard paper to barricades to positional stages to shooting from ladders to plenty of prone to keep everyone happy, you had to be on your game and adept at many styles of precision shooting. 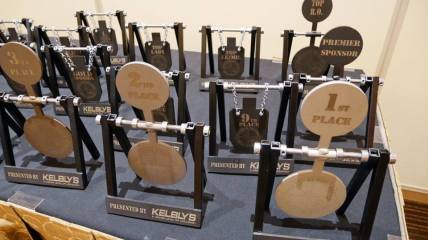 Do you see my awards?? Okay, no, not the big swingers. But you can see 9th and Top Lady!

Who knew there’d be a left-handed AI chassis on the prize table? Not me! I grabbed the first one I saw for my husband. Guess I got myself a prize in the process.

After an amazing dinner banquet and a hilarious video courtesy of Contingency X, the awards ceremony kicked off. A gentleman who finished the match in last place, fought through some mechanical issues, but didn’t quit, won a rifle from Kelbly’s! Good on Kelbly’s for hooking him up! My good friend Scott Parks took home the Top Tactical division shooter. Surgeon team shooter, Matt Brousseau, won Top LE/Military. And I was fortunate enough to snag the Top Lady award (there were 8 women total competing in the match).

Now after a few rough stages, I was thinking I might still get lucky and pull off a top 20 finish. I was really hoping for that actually; especially after telling anyone who would listen on sight-in day that I was going to win the match. Hey, I’ve set my goals high this year! My squad for the match had some of the heavier hitting names in the PRS, including last season’s overall champion, David Preston, so it was hard to really get a feel for how I was shooting when I was comparing my scores with theirs. So when the Match Director, Ty Frehner, called my name for 9th place, I might’ve screamed a little. I was listening to the scores being called out and thought, “hmm. Maybe I have a top 15? That’d be cool.” 9th place was a total shock! 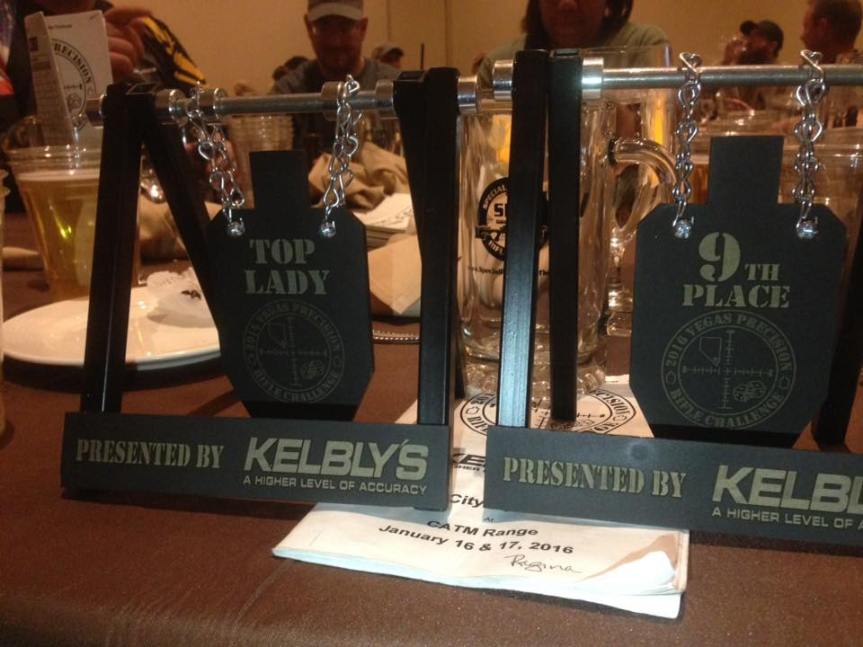 The 2016 season is just getting started and I’ve already got two top 10 finishes. I cannot wait to see what this year is going to bring!